Earlier this summer I got selected in Google Summer of Code to work with VideoLAN on the Project VLC macOS Interface Redesign. It has been a blessing to get a chance to work on one of the highest impact open source projects. I had a phenomenal experience. Let’s have a look at my contributions :)

Feel free to jump right to the code 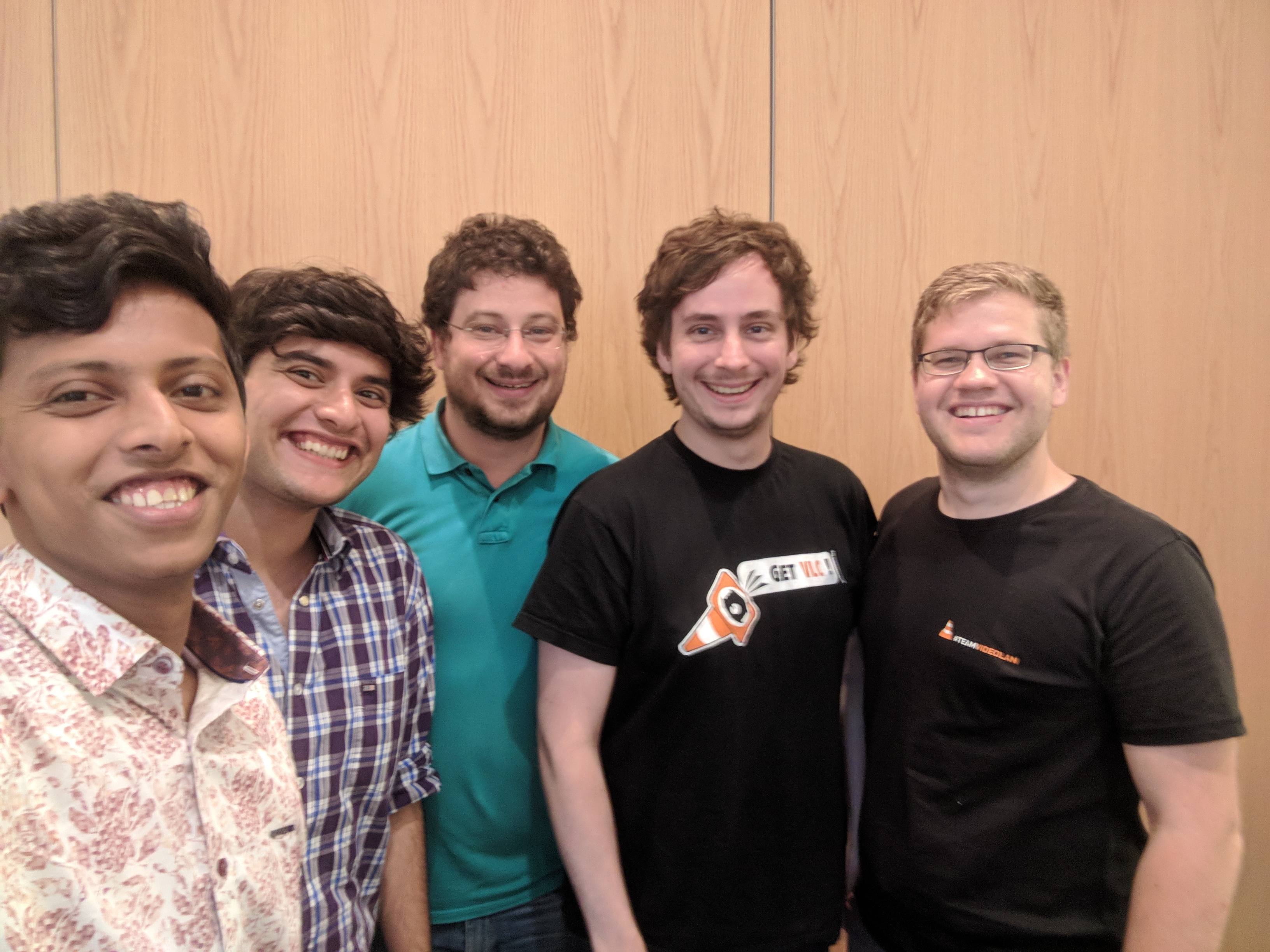 Let’s start by looking at our workflow at VLC. VLC has a GitHub Repository which is read-only. We use our mailing list to send Patches. We also have a GitLab instance at https://code.videolan.org/.

For my GSoC project, my mentors created a clone of upstream at the beginning of our coding period. It helped to keep things organized and eased the process of reviewing. You can find the repository we worked on during the summer at https://code.videolan.org/GSoC2018/macOS/vlc

We have an Issues Page on GitLab. We used this to divide the whole work into subcategories. Further, I have made different branches and various commits.

Face-To-Face with the team

I was lucky to be able to meet with my Mentors along with Jean-Baptiste for a couple of days. VideoLAN was very kind to sponsor me to come and meet our mentors in Europe. I would like to thank them from the bottom of my heart. During our meeting, we discussed various design aspects of several Media Players and how do we envision the new VLC design to be. We also clearly divided the parts that were to be done by each one of us (Me and Vibhoothi). This helped kickstart the work and proved to be extremely useful and increased the productivity exponentially :D

Work in-depth along with code

It is a pop-up which helps you to jump to any particular time. To access it, you can do any of the following:

How it is inside IB(Interface Builder), Xcode 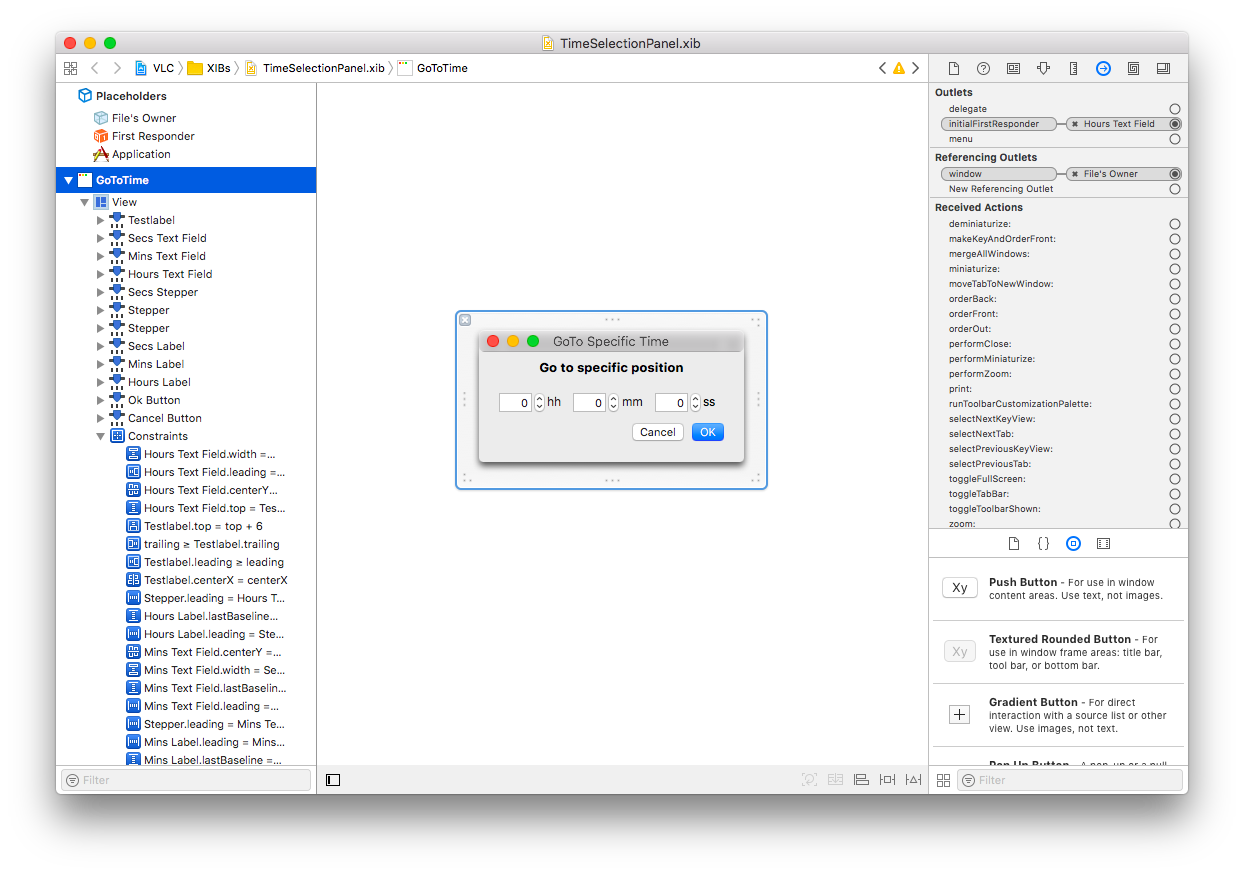 A sneak peek at constraints 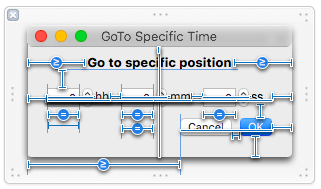 AutoLayout is a bit tricky at times. David taught me how to set the constraints in a way, that even when the language of the text changes, it still looks the way it should. It also takes care of languages that are written from right to left

2. Draggable Panel instead of ControlBar in windowed video window (Issue 1)

Window’s title bar (and its close / minimize / maximize icons) automatically appears if the mouse is moved over the window, and disappear again if the mouse pointer hides or leaves the window.

Implementation of Issue 1 and 3 (branch: PanelInMultipleVout) 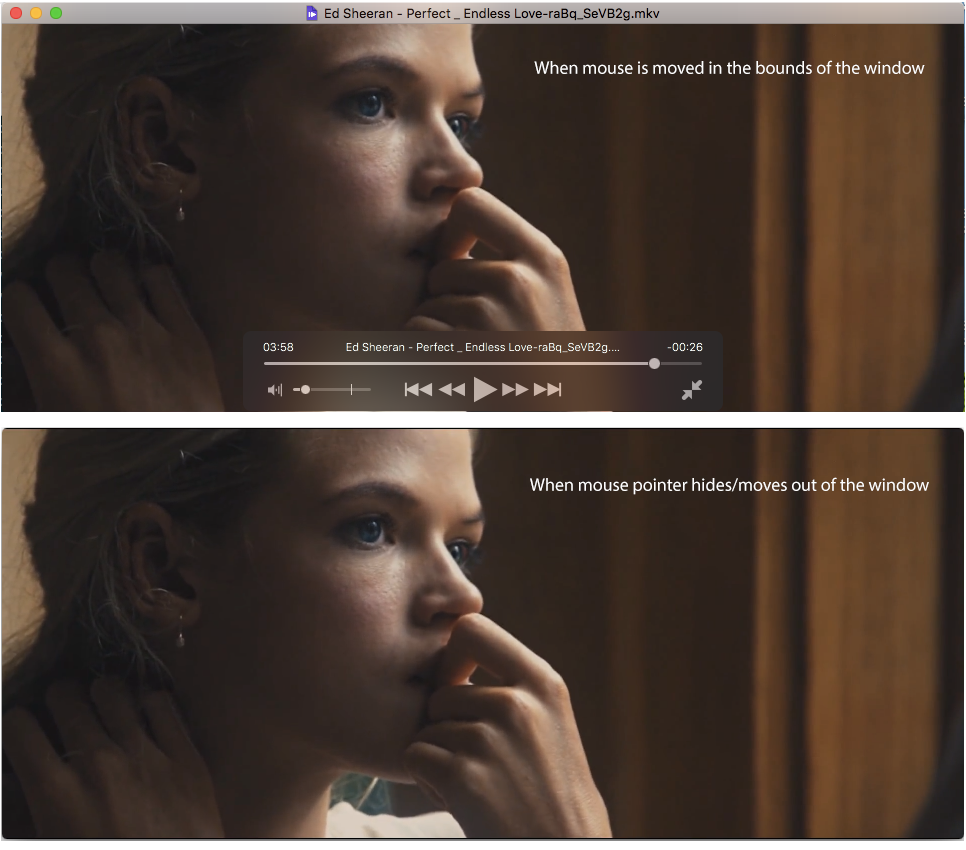 4. Draggable Panel as a View

The draggablePanel was earlier a window. Having the draggablePanel as a window was creating a problem. When the video window was moved, in order to keep it at its place we had to programmatically move the panel in the same way. But a drag and a delay was coming in that.

So we decided to make it as a view instead of a window. After testing, it seems to have solved the problem :D

Currently the buttons are non-functional. Discussion on how the classes and their instances need to be done, after which it can be implemented.